Chronicle of a great day: the first trial by jury in the Province of Buenos Aires. Verdict: Not guilty

In order to satisfy the requirements of the increasing foreign visitors to our webpage, we have decided to write a full report in English language of this amazing event:

“Not Guilty”: The first verdict In Buenos Aires

The man, judged for murdering his brother in law was imprisoned a year ago. Yesterday, after a jury of twelve citizens from the Province of Buenos Aires decided he was not guilty, he was immediately released. The final day for a historical trial.

This first full Anglosaxon jury that took place in San Martín, Province of Buenos Aires delivered a unanimous “not guilty” verdict in favor of the defendant. The verdict of a popular jury consisting of twelve jurors, of varied professions and ranging from two retired, two housewives, a college student to a glazier and even a research scientist, benefited Guillermo Barros, a 28 years old man accused of killing his former brother in law, Gabriel Armella, a 30 years old man, last year in a poor neighborhood of San Martín. The judge, Francisco Pont Vergés, who guided the whole trial, emphasized the importance of the new judicial procedure "for the functioning of democracy and to consolidate peace among our people". More than that, he addressed the jury with these words: “In times to come, you will be fully aware of the magnificent duty that you have performed today. You are the first jurors in the constitutional history of the province of Buenos Aires”.

Around 3 pm, with a standing audience, as it is how we are used to receive judges, six men and six women from the jury entered the crowded room with and sat down.

“Have you reached a verdict?" Asked the judge Pont Verges to the Jury foreman, and the 35 years old glazier responded affirmatively and handed an envelope to the judge with the jury decision. Pont Verges read it quickly, handed it back and asked him to read it out loud in open court. Time and space seemed to suspend, until the man spoke firmly:

"We, the jury, find the defendant not guilty."

The relatives of the defendant cried, embraced themselves, bent on their knees and shouted in relief. The rest of the audience remained in tremendous silence. Only after the judge´s farewell words to the jury, the audience began clapping their hands in a long applause.

The verdict was reached after a journey of three days where, among other witnesses and experts, the defendant, his sister, his mother, a female doctor who did the autopsy and a ballistics expert gave their testimony.

After the closing statements provided yesterday by the parties followed by almost two hours of deliberation in the jury room situated on the ground floor of the courts of San Martín, the not guilty verdict granted immediate release to Barros, who spent a year in jail, accused of "manslaughter", a crime punishable with 8 to 25 years of imprisonment.

The incident occurred on January 31 in Villa Hidalgo, a working class neighborhood of the town of José León Suárez. At 11.30 pm, Armella dropped dead after receiving a gunshot to his chest in virtue of an argument with the accused. The victim had a history of domestic violence against Claudia Barros, his ex-wife and sister of the accused.

The defendant said on Wednesday to be innocent of the crime and said the shooting that killed the victim occurred during a struggle in which he did not pull the trigger. The accused said that, that day, at about 11 pm, he was warned that his former brother in law had gone to her sister's house, where his mother and other relatives lived as well, and threatened his sister in law, Antonia, with a gun so as to let him see his daughters.

He said that while one of his brothers called the police, he went out to the encounter of Armella because "he used to come and beat them all": he was always the one who managed to calm him down in those situations he said. "He raised his hand and tried to hit me with a shotgun in the head. In that moment he fell down and, when getting up, almost about to trigger. Then I twisted his hand, I hit a hitch and the gun was fired ", he said. 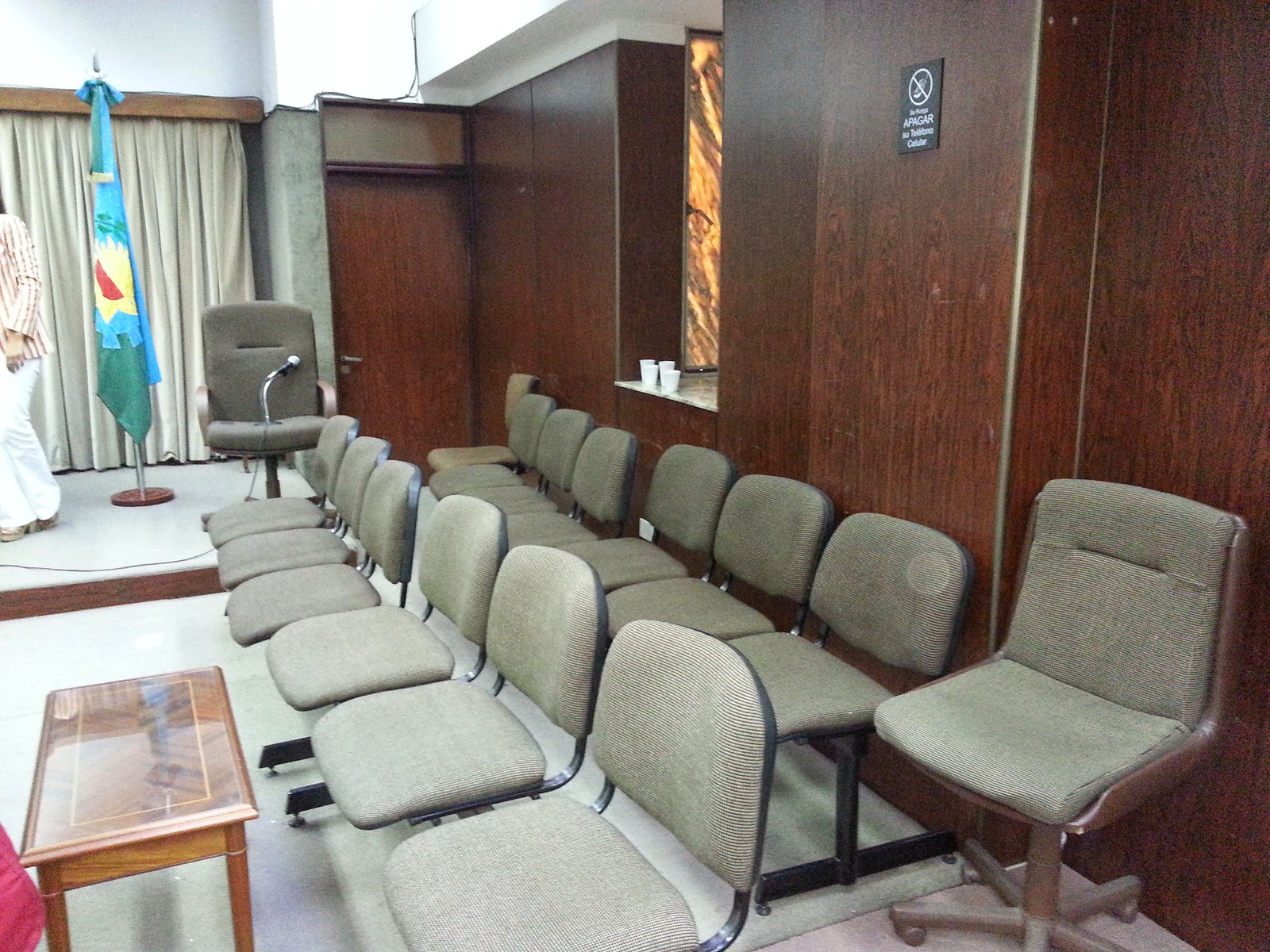 Upon an inquiry of the prosecutor, he replied: "The weapon must have been fired by him, he had his hand on the trigger. I did not shoot ". A witness, Barros neighbor, said he witnessed the entire sequence and ensured the shooting occurred in the middle of a struggle.

Earlier that day, Armella´s former wife narrated the severe episodes of domestic violence she suffered in hands of her former husband before his death. About the night of the murder, she agreed in general with the story of his brother, but said that when she saw them struggling, thought it was with a stick. In her statement, the mother of the accused confirmed the testimony of her daughter.

Yesterday morning, the prosecutor, Ana Armetta, asked the juries to declare Barros "guilty" for the crime. The prosecutor said she was "absolutely convinced that Barros brandished a shotgun against Armella to take his life with the intention to do so."

For the State, it is proved that Armella was unarmed and drunk, so he could not attack anyone. "Barros acknowledged that Armella was a problem for the family because he did drugs and was cruel with his daughters, but, have you heard he have had had any conviction?", asked the prosecutor to the jurors.

For its part, the public defender, Veronica Jolliffe, said she was amazed by the fact that the prosecutor said many times that she was "convinced". "¿What evidence have we saw that Barros took a rifle? Neither one, nor half "she highlighted.

In that sense, she denied that the defendant planned to kill his former brother in law and asked: "Why his family called the police?". According to Jollife, it is proved that there was a struggle, as the defendant, the witness and a ballistic expert stated. "I'm sure Barros will go out free with his family because you will say he is innocent," she said, facing the jury.

In order to render a verdict, trial judge Pont Verges gave the twelve members of the jury a series of instructions and recommendations.

First, they must appoint the president of the jury: a glazier form Jose Leon Suarez was elected.

Among the members of the jury there was also three teachers, two retired, two housewives, the owner of a nightclub, a research scientist, a photographer and a student. Another six jurors attended the trial. All lived in different towns of San Martín. By law, men and women were equally appointed.

The judge asked them to "discuss, present their views and try to reach a conclusion," but "not to abandon their convictions." "Do not act out of pity, mercy, prejudice or fear," he said. Finally, using a screen and a pointer, he explained how to fill the form with their secret ballot.

Citizens who participated at the first trial by jury in Buenos Aires stated that they felt “useful to society," "excited" and had the impression that they did "justice".

The glazier who was elected by his peers as jury president ensured that "I nearly died when I gave the envelope to the judge. When I saw the family (of the defendant) crying, I broke down". Furthermore, he said he felt very "excited and comfortable."

According to the 35 years old juror, "at times it was a very heavy burden to decide whether (the defendant) was released or given fifteen years of imprisonment", but advised people to go "quiet" if they were called to serve because it is a "good experience".

"I never imagined what this would be like. It was great, beautiful. Sometimes I felt excitement and I was in tears when looking at the boy" said a retired 72 years old woman from Villa de Mayo, also member of the jury. The mother of nine children and grandmother of 24 grandchildren admitted that she was left “with a kind of willing” to be elected president of the jury, but gave up because it would involve standing up for a long time. “I feel proud because you rear children and grandchildren, but do not know what can happen to them. I did it justice", she considered.

At the end of the trial the judge -making big efforts himself not to cry- expressed his gratitude towards the jurors and said:

"Serving as a juror is not only a public charge for citizens, it is also one of its privileges and probably the most significant contribution that you can make as citizens in public affairs," the magistrate remarked, after the not guilty verdict, when ordered the immediate released of Barros.

The judge pointed out that "You have taken your duty with very seriousness and responsibility and I must emphasize the importance of what you have decided not only for this case but for the historical significance of this moment".

"I want you to remember these words as sincere thanks. Again, on behalf of the people, thank you very much", he concluded at the end of the journey, among applauses from the relatives of the now free man Barros and the whole audience".