Finally, the long-awaited day has arrived. The Inter-American Court of Human Rights (IACHR) issued the first ruling on trial by jury in its 39 years of existence. And in historic fashion! From now on, the generations to come will always remember this extraordinary and inaugural leading case of the IACHR on juries, "VRP, VPC and others vs. Nicaragua", of March 8, 2018.

Due to its importance, and for its inevitable effects on the domestic law in countries throughout the Americas, this ruling will be the subject of publications, seminars and congresses throughout the continent. 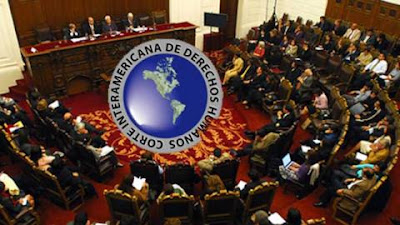 The IACHR used this case from Nicaragua to establish categorically and definitively the conventional validity of the general verdict of the classic jury, the voir dire, the judge's instructions on the law and the jury´s intime conviction method to assess the evidence.

In addition, it reminded the world that the jury trial is expanding in the region on a daily basis and that is currently employed by 21 of the 35 countries that are members of the Organization of American States,  "following the classic model used by most in the region."

The core part of the ruling deals precisely with the absolute constitutional validity of the classic jury system, the intime conviction with which the jury assesses the evidence and the verdict without expression of reasons, that is inherent in this system. The affirmations that will always remain include:


"259. The lack of reasons of the jury´s verdict does not in itself undermine the guarantee of  motivation.

"259. Indeed, every verdict is always reasoned, although, as corresponds to the essence of the jury, it is not expressed"

"262. Intime conviction is not an arbitrary criterion, the jury's free assessment of the evidence is not substantially different from what a judge can do, only it does not express it." 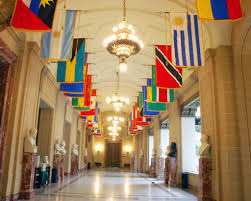 The IACHR ruled on an extraordinary level, in the same way as the European Court of Human Rights did in 2010, with its now world famous case "Taxquet vs Belgium".

In fact, the jurisprudence of the ECHR on juries of Taxquet judgment and other precedents is quoted by the IACHR in this ruling. However, in many other aspects, such as the way it deals with how to create an impartial jury during the voir dire and that the jury´s verdict is not required to provide reasoning, it goes even further.

In addition, the IACHR took advantage of the Nicaraguan case to outline, with remarkable clarity, the basic constitutional standards that any classic juries law must posess in order to be considered a conventional due process of law, according to Section 8.1 of the San José Pact of Costa Rica.

The Court highlighted, as an example, several procedural institutions that are essential and specific to trial by jury,  recognizing them from now on as constitutional guarantees:


"260. Some of  the OAS countries that have trial by jury systems expressly establish different guarantees to prevent any form of arbitrariness in the decision"

These guarantees are, among others:

1) a voir dire with peremptory challenges and challenges for cause to enlist an impartial jury.
2) a judge who rules which evidence is admisible or not.
3) an adversarial litigation that allows a complete control of the parties on trial  (prosecution and defense).
4) judge's instructions on the law.
5) the judge´s power to enter a directed verdict of accquital or to to order a new trial when the jury´s guilty verdict is unreasonable.
6) the polling of the jury, to individually check the effective existence of a unanimous verdict.

We are particularly proud of the fact that all the Argentine jury laws have been quoted several times by the IACHR as exemplary models  of the proper functioning of the jury system.
For example, the Court compares the laws of juries of the US with that of the province of Chaco, to show one of the many mechanisms that exists to avoid the arbitrariness of the verdict (polling of the jury).
Or quotes from the IAHCR on the jury laws in Neuquén, Río Negro and Chaco, which require mandatory gender equality in each jury and special indigenous juries  when the accused is indigenous.
Or the Cordoba law, which provides special training courses for citizens, and potentially for jurors in the future. 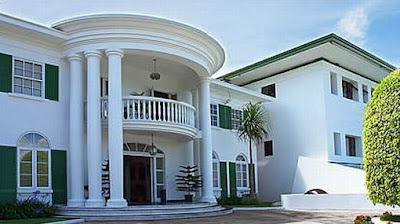 In this particular case, Nicaragua was severely warned by the IACHR for many reasons, one of which being because its classic jury system did not provide mandatory instructions on the law from the judge to the jury. Therefore, its jury system could not be recognized as due process by international human rights law.

Another reason to discount this verdict was the existence of bribes (in the video the defense attorney is seen carrying a bag - apparently full of money - to the trial judge). Although the verdict is final in Argentina and many other American countries, the only way to override a not guilty verdict is for the prosecutors to prove that the jurors have received bribes.
A corrupt verdict such as this does not come from an impartial tribunal or creates a jeopardy for the accused.


It is appropriate to transcribe the most important fragments about the jury system:

1) 219. The drafters of the American Convention of Human Rights did not have a specific criminal procedure in mind. So, the judicial guarantees apply to both bench trial and trial by jury.

2) 222. The jury trial has also been conceived as a way to restore societal trust in the judicial system, as a form of democratization and bringing the justice system closer to the community, by providing it a fundamental role. Specifically, in those crimes sensitive to public order.

3) 224. Historically and traditionally, juries have never been required to provide reasons for their verdicts.

4) 245. The Court notes that  a special hearing is the the main procedure in which bias or misconduct can be challenged, which is called voir dire in the Anglo-Saxon system.

5) 258. The Court holds that the lack of a requirement for the reasons behind a verdict does not imply per se a violation of Article  8.1 of the American Convention.