Two weeks in June have been very intense for two of the most important jury scholars of the United States and the world. Valerie Hans and Shari Diamond have been traveling across our country, from Buenos Aires to Patagonia and then Santa Fe, speaking to judges and attorneys about many aspects of jury trials, bringing their vast knowledge to many Argentinian colleagues.

As part of the multiple activities that took place during the last two weeks, these Professors participated in several meetings with the Argentine team of social scientists and lawyers who are currently involved in the research about Neuquén jury trials. All together the whole team exchanged ideas and suggestions to improve the novel research that is occurring in that Province.

During the “Argentina jury tour”, the Institute for Comparative Studies in Criminal and Social Sciences (INECIP) was the site of an extraordinary event: an unprecedented number of Buenos Aires's criminal judges travelled from very far to meet Valerie Hans and Shari Diamond at a question-and-answer session, where they addressed concerns related to trial by jury.

Before a full auditorium, judges of the province of Buenos Aires invited by the INECIP and Argentina Association of Trial by Jury (AAJJ) took part with notable interest in the meeting They discussed issues fundamental to understanding the jury system.

Topics discussed included: jury instructions, the role of judge and the direction of the trial, control over the quality of the evidence, hearsay evidence, the treatment of organized crime, summoning the jury, the behavior and responsibility of the jury during voir dire, deliberation and decision, the impact
of popular participation on civic awareness and on the improvement of the image of the administration of justice.

The event was moderated by Andrés Harfuch (Vice President of the AAJJ and director of the citizen participation area of INECIP), who was also responsible for translations along with Florencia Ini (staff of INECIP).

Another major activity was held at the NH Hotel, in Buenos Aires capital city. There the Council of the Judiciary of the City of Buenos Aires along with INECIP and the AAJJ organized a lunch where these two scholars had the opportunity to describe their research and experience with jury trials and to discuss the jury with almost all members of the Council of the Judiciary and other distinguished figures. Participation was lively, with high enthusiasm, at that unforgettable lunch.

At this‎ meeting, the Council members showed strong interest in learning about and understanding the vital role that lay citizens play in the administration of justice.

In this regard, the discussion also involved the necessary analysis of the introduction of jury trials in ‎the City of Buenos Aires. Both Professor Diamond and Professor Hans agreed that the implementation of jury trials in the City would offer a number of benefits and would respond to the national jury movement that is taking place across Argentina.

Fortunately, Buenos Aires was not the only one benefited from this marvelous visit. These two US world-acclaimed scholars traveled to Villa La Angostura, where they gave a two-day-course -organized mainly by Carla Pandolfi (TSJ)- to prosecutors, judges, attorneys and former jurors (!) from Neuquén. Hans and Diamond profoundly addressed topics such as jury instructions and rules of evidence, among others.

The workshop started with a brief speech by the Mayor of Villa La Angostura, Guillermo Caruso, who emphasized the advantages of trial by jury. Like him, the judge of the State Supreme Court, J. Alfredo Elosú Larumbe and the judge from the State Court of Appeals, J. Fernando Zvilling, also expressed their full endorsement of trial by jury.

The first module of the workshop was about the admissibility of evidence, and both professors spoke about the US Federal Rules of Evidence and how to slowly adapt a model suitable for Argentina.

The second module was about the Instructions to the Jury, and the audience was divided into small groups in order to discuss and select among various definitions for beyond reasonable doubt or to design a new one. Both professors were very impressed with the conclusions of all the groups, which consisted of judges, prosecutors, defenders and even lay citizens who had beenmembers of the jury in earlier trials.

During their visit to Villa La Angostura, Professors Hans and Diamond participated in an indigenous ceremony of the Mapuche New Year, where they were able to learn more about one important piece of the wealthy culture of Argentina, acknowledging also the need of a jury with indigenous participants in certain provinces where a fair number of indigenous people are located. 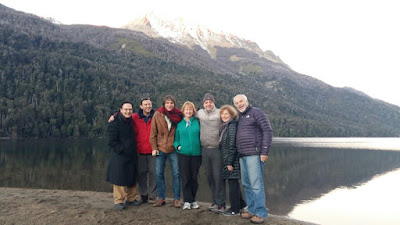 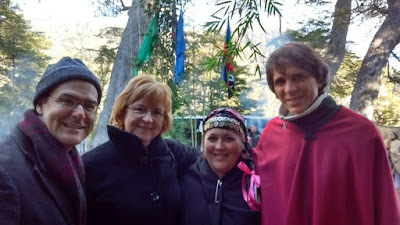 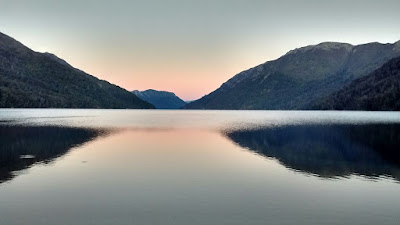 Finally, the city of Rosario, the most important city of Santa Fe, had the opportunity of welcoming these scholars, due to the efforts of Gustavo Franceschetti and the Rosario´s AAJJ team. During their two days stay in Santa Fe Province, Hans talked about the difference that jurors can make, even though juries agree with judges in the majority of cases. Diamond addressed the importance of unanimity, and how the various experiences of the jurors and a unanimous verdict help produce a more robust discussion among
jurors and a fair verdict. In sum, both professors explained why jurors are very competent triers-of-facts.

To open the workshop, the Minister of Justice, Ricardo Silberstein and the President of the Argentine Association of Trial By Jury, Hector Granillo Fernández, gave the opening speeches. Then, both professors gave their conferences and the public asked questions.
For the closing, Andrés Harfuch presented Shari Diamond’s new book in the presence of Aldana Romano, Executive Director of INECIP.

The professors had also the opportunity to meet the State Supreme Court Judges of the province, J. Daniel Erbetta, J. María Angélica Gastaldi and J. Roberto Falistoco. In the meeting, which involved forty minutes of an intense exchange of points of view, the judges expressed their support for trial by jury.

Hans and Diamond then faced a remarkable number of trial judges and judges of the Court of Appeals criminal judges in an impressive meeting that took around two hours. There they were able to answer the judges’ questions, which revealed their substantial interest in the system of trial by jury and its implementation.

After that, the two professors were shown the installations of different courtrooms and offices that showed the great progress the province has made towards the adoption of a procedure fully integrated by oral hearings under the adversarial ideal.

Finally, the icing on the cake was the presentation at the Faculty of Law of the University of Buenos Aires of the book "The Multiple Dimensions of Trial by Jury. Studies on Jury Behavior" (published by Ad Hoc). The book is a  compilation of Shari Diamond´s most important articles on juries, all translated into the Spanish language. Professor Edmundo Hendler for the Faculty, Justice Gustavo Letner for the Council of the Judiciary of the City of Buenos Aires and

During the event, Valerie Hans and Shari Diamond talked about the importance of having this kind of material available now in Spanish, as part of a series of books on trial by jury that Ad Hoc is publishing.