GLOBAL IMPACT: THERE WILL BE A CIVIL JURY LAW IN CHACO; ARGENTINA

In an unprecedented worldwide event, the Governor of Chaco sent to the Legislature a bill that establishes the trial by jury in civil matters.  Hopefully, it will be enacted into law this year and will become effective in 2021.

Thus, thanks to Chaco, Argentina joins the group of nations such as the United States and some provinces of Canada, to try their civil matters by juries. This law will be a before and after for the justice systems of Argentina and Latin America.

The trailblazing province of Chaco is the first Argentine province to hold both a criminal and civil jury trials, as ordered by our 1853 Constitution (Section 24). Chaco's extraordinary undertaking marks a historical milestone that Argentina should be very proud of.

Not in vain the father of Political Science, Alexis de Tocqueville, described in this way in 1835 the benefits and the importance of the civil jury:

“The institution of the jury, limited to criminal matters, is thus always in danger; once introduced to civil matters, it resists the time and efforts of men. If the jury could have been suppressed from the mores of the English as easily as their laws, it would have completely succumbed under the Tudors. It is, then, the civil jury who really saved the liberties of England.” 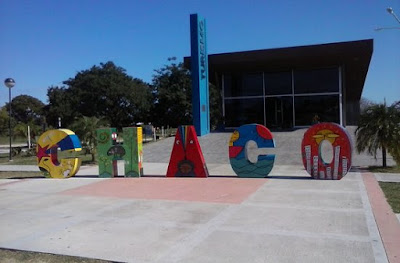 THE REASONS FOR IMPLEMENTING THE LAW

The adaptation of the civil process in Chaco to the requirements of the new Federal Civil and Commercial Code is the main reason for the enactment of this law. Indeed, the civil code of 2015 has triggered unpostponable and irreversible changes in the ancient and stagnant Argentine civil process, which has been mired in a completely written and secret procedure for more than 200 years.

Argentina’s only real advancement in civil procedure in the past 25 years are the replacement of the typewriter by the computer, moving paper filing to electronic filing (but filing nonetheless), and a conference in chambers that has nothing to do with a public trial. In the XXI century, millions of Argentine pesos a year are still being spent to buy thread and needles to sew the files.

All civil cases in the country are tried in writing and secrecy in bench trials organized as in the 15th century Spanish Inquisition, with massive delegation of functions to court staff and officers, and without any notion of oral and public trial whatsoever.

The final result of this "justice" is an infinite delay in the civil proceedings, which affects basic human rights.

Argentina was recently sanctioned by the IACHR (Inter-American Court of Human Rights) because it took twelve years to compensate the parents of a teenager who suffered a very serious accident in a playground (see Furlan and Family Case vs Argentina). The case started in 1990 and ended in 2013.

If there had been a civil jury procedure, the trial would have finished with a verdict in no more than three days, and with all the evidence presented at trial in open court.

Some paragraphs of the IACHR ruling show the shameful status of civil justice in Argentina and the reason for its urgent reform.

186. "From the arguments presented by the State, no specific reasons emerge to justify why a civil proceeding that should not have lasted more than two years (…) ended up lasting more than twelve years."

190. Bearing in mind the reasons outlined above, this Court considers that the State has not demonstrated that the delay prolonged for more than 12 years is not due to the conduct of the authorities (…).

265. For all the aforementioned reasons, the Court considers that the disintegration of the family unit has been proven, together with the suffering endured by all the family members as a consequence of the delays in the civil trial, the manner in which the judgment was executed and the other problems that Sebastián Furlan faced in trying to obtain adequate rehabilitation.

1) It establishes a civil jury of twelve members, presided by a judge who will instruct the jury on the law, and a general unanimous verdict. A special verdict may also be rendered. The jury will try class actions, consumer rights collective disputes, tort cases of over half a million pesos and collective environmental and land disputes.

2)  Establishes by law the civil adversarial litigation in a mandatory oral and public trial.

4)  Indigenous jury:  If the plaintiff and the defendant belong to the Wichí, Moqoit or Qom Indigenous Peoples, the twelve jurors will be of that ethnic group.

5)  Provides both a discovery hearing and a case management hearing.

THE STORY BEHIND THE LAW

Undoubtedly, the overwhelming success of the implementation of criminal juries in Argentina was decisive in opening the floodgates for the civil jury discussion. In particular, the province of Chaco and Governor Capitanich have been some of the main promoters of the criminal jury in the country since 2013.

It is still impossible to measure the gigantic step that the Chaco has just taken. For example, England, Wales, Scotland, Ireland, Australia, New Zealand and the other Commonwealth countries got rid of the civil jury some years ago and only retain it for minor matters, such as libel or when the court ordered. Also, Japan held civil jury trials during the period of occupation of the North American bases in Okinawa until well into the 70s, and today it is striving to recover it.

Those who made this feat possible in Chaco, along with the Institute of Criminal and Social Science Comparative Studies and the Argentine Association of Jury Trials (INECIP and AAJJ by their Spanish acronyms), have been the Minister of Justice Gloria Zalazar; the Undersecretary of Justice Lourdes Polo, and her team with Camila Parra and Fernando Sosa and the Undersecretary of Planning Leandro Álvarez and his team Camila Arce and Joaquín Dudik.

The AAJJ warmly congratulates the Government of the Province of Chaco for this magnificent law that will forever change the Argentine justice system.