MENDOZA (ARGENTINA): Leonardo Hisa was sentenced to life imprisonment and will return to prison for the brutal murder for hire of his wife Norma Carleti

Today ended one of the most important jury trials in the country and in the history of Mendoza. It is one of those remarkable trials that will set a precedent for the jury of the Argentine Republic.
After 20 days of hearings, 48 hours of deliberation of the jury, which was sequestered in a hotel to avoid extraneous pressure, at the world-famous Uco Valley, the Tunuyán jury delivered a unanimous verdict of guilt against all the accused.
One more proof that the jury is the most independent and impartial judicial body that exists, even in the same venue where this brutal murder took place and where the four defendants live, as guaranteed by section 118 of the National Constitution of the Argentine Republic.
Our Framers envisioned something —in their infinite wisdom—, which today is proven true: justice in the hands of the People is a great thing.
WATCH THE VERDICT
and HISA´s BAIL REVOKED
THE VERDICT
It was a memorable verdict. A feat in every way. To take the hat off to this jury of super smart citizens made up of teachers, employees, workers and professionals from the area.
The jury stoically endured three weeks of trial, and heard more than 80 witnesses, arguments of the eleven lawyers, decisive audios (ver) and exhibits of all kinds. When it came the time to deliberate, the jury did so with a level of responsibility, depth in the examination of evidence, commitment to its work, and a superlative common sense of justice. .
THE DELIBERATIVE METHOD
THAT THE JURY CHOSE
The jury deliberated for more than 14 hours between Friday and Saturday to finally reach a unanimous decision. The members of the jury embarked spontaneously in a full evidence driven deliberation. This was easily observed by all those who witnessed the trial: on Friday, May 14, from 11 a.m. to 10 p.m., they rigorously analyzed all the evidence, especially the audios. They did not debate nor discuss. They reviewed thoroughly every single piece of evidence for more than 12 hrs.
They had dinner and went to sleep in a hotel to avoid any influence or pressure. This was the first sequestration in the history of jury trials in Argentina. On Saturday, May 15, they fully engaged in a robust deliberation until a unanimous verdict was reached for each one of the four defendants. They´ve made it. They started at 9 a.m. and ended at 1 p.m.
The jury was able to perfectly distinguish the roles of the four defendants and decided that the prosecution's evidence proved beyond a reasonable doubt that these four defendants brutally murdered Norma Carleti with 55 stab wounds. 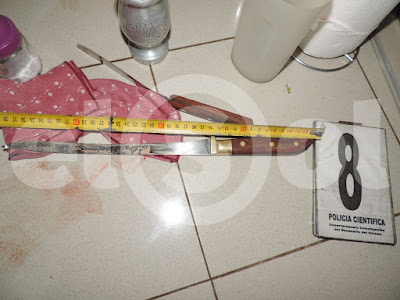 Leonardo Hisa as instigator of the murder for hire (he promised in payment 300 thousand Argentine pesos and a Ford Ranger truck); Juan C. Guerrero as main accomplice for being the organizer and recruiter of the hitmen (his two sons); Kevin Guerrero as the perpetrator of the murder and Alexis Guerrero as a secondary accomplice.
We have said it over and over again in these pages: the jury has already amply demonstrated the myth —with which some still attack it— "that it is incapable of solving complex legal problems."  All it needs is good evidence, competent attorneys, and correct instructions from the judge. The innate common sense of the citizens will always be in charge of bringing justice to the specific case.
The population has no doubts. 80% want jury trials.

THE JUDGE´S INSTRUCTIONS
We present here in PDF the instructions that circuit judge David Magniafico gave to the jury. Also the verdict form that the jury took to the jury room. We are sharing them so that readers and researchers have an excellent example of how a jury is charged in a high profile case like this one.
The judge successfully carried out his first jury trial, the most difficult in history so far in Mendoza. He masterfully solved very complex situations during the 3 weeks. In the end, after so much accumulated tension, he was moved when he dismissed the jury in his farewell instruction. His voice cracked and he could barely continue, thrilling the entire room. A gesture that shows his true self as the fine judge he really is (ver min 8:50).
The same must be said of the OFIJU, the judicial office that organized a trial of these characteristics in the middle of the pandemic. A remarkable professionalism, which is central to an oral and public accusatory system.
Download instructions from the judge to the jury: Instrucciones Finales - Caso Carleti
Download the verdict form: Formulario de Veredicto - Caso Carleti
THE SENTENCING
The powerful businessman and politician, Leonardo Hisa, was found guilty of being the instigator of the murder of his wife Norma Carleti, who that fateful Monday was going to file a divorce claim and leave him without half of his considerable assets. The jury found him guilty of the crime of murder for hire in the first degree. The judge imposed life imprisonment on him, immediately revoked his bail, and sent him to jail.
“The jury has spoken. After a fair trial, he was found guilty of our worst crime by their peers," said the prosecutor Jorge Quiroga. "The risk of flight being at home is very high. He must be immediately sent to a prison”.
The hit men hired by Hisa had different consequences. Juan Carlos Guerrero (the organizer) was found guilty. He was sentenced to life imprisonment. Kevin Guerrero (the perpetrator); life imprisonment. Finally, Alexis Guerrero (secondary accomplice), 5 years in prison.
HISA´S TESTIMONY
Video: Hisa's statement.
¿WHY WAS NORMA KILLED?
There has never been a jury trial in Argentina that lasted so long: jury trials normally take no more than 3 days. In this case, given the seriousness of the case and the people involved, the trial took place over three weeks. It was not just another trial. We are talking about a heinous crime that shocked the Nation, ordered by someone with a lot of political and economic power.
Leonardo Hisa is a powerful businessman and politician in the province. Together with Norma Carleti, they built a multi-million dollar fruit and vegetable empire in the Uco Valley. But Hisa's ambition, lust, and greed were greater. He wanted everything.
March 2018 was the moment chosen by Hisa to perpetrate the crime. He had wanted to divorce his wife, Carleti, for a long time, but he knew that he would lose a large part of his fortune and his power. So he devised the sinister plan. He summoned the foreman of his farm, Juan Carlos Guerrero, and, without hesitation, he asked him directly to get rid of his wife. He simply asked him to kill her. In exchange for this favor, he promised him a truck and ARS 300,000, to which Guerrero accepted.
Guerrero was in charge of organizing all the preparations to kill Norma Carleti, and for this, he summoned his sons, Kevin and Alexis Guerrero, who were famous for their criminal activities, to execute her. Kevin was the one who was in charge of assassinating Carleti, while Alexis Guerrero was the one who drove the vehicle.
Carleti was surprised in her house by Kevin Guerrero and killed with 55 stab wounds. Once dead, he cut her throat. Nothing was stolen.
THE CLOSING ARGUMENTS
Prosecutors Guzzo and Quiroga had a simple and clear theory of the case, which managed to prevail over the defense theory, which was divided. The defense of Hisa, led by Daniel and Sofía Sosa Arditi, ruled out that it was not a murder planned by their client. The argument was that Hisa had nothing to do with what happened and that this event was one more of the many acts of insecurity that are experienced day by day, committed by the Guerreros.
Prosecutor Guzzo compared the four defendants and the victim to pieces in a chess game: a powerful image that perfectly sums up the event. 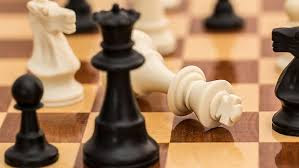 "Hisa as the king, Juan Carlos Guerrero as the rook, Kevin and Alexis as the pawns, and Norma Carleti as the queen who was knocked down. They all worked for Hisa. It was one for all and all for him”.
Víctor Ábalos, private prosecutor representing the Carleti family, emphasized the gender, psychological, sexual and economic violence that Hisa exerted, according to a letter that the victim left on a notebook, from which Victor Ábalos extracted some passages that he read before the jury.
Pablo Cazabán, defender of the Guerrero brothers, admitted that Kevin was involved in the murder of Carleti, but that it was a voluntary manslaughter. As to Alexis, he claimed that he never entered the house.
Nayda Moreno Burgos and Federico Alisiardi, public defenders of Juan Carlos Guerrero, tried to reduce his participation in the event and to clarify a previous judicial confessions (later retracted) in which he stated that "Hisa wil have one day to admit that he ordered the killing of his wife."
CLOSING ARGUMENTS
The jurors, after the long deliberation, considered all them guilty as charged.
More News:
- Clarín (15/05/2021): "El femicidio de Norma Carleti: perpetua para su ex marido, un empresario que contrató a tres empleados para matarla". (Ver aquí)
- Mendoza Online (15/05/2021): "Caso Carleti: Hisa y los Guerrero fueron declarados culpables". (Ver aquí)
- Mendoza Post (15/05/2021): "Condenaron a Hisa y a los Guerrero como culpables por el homicidio de Norma Carleti". (Ver aquí)
- Los Andes (15/05/2021): "Crimen de Norma Carleti: Leonardo Hisa fue condenado como instigador, y Kevin Guerrero como autor". (Ver aquí)
- Mendoza On line (15/05/21): "Caso Carleti: Hisa fue condenado a perpetua y volverá a la cárcel" (ver)