Argentina: The book "Trial by Jury and the new generations" was published. Remarkable foreword by Alberto Binder 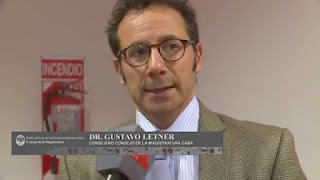 JusBaires published the book "Trial by Jury and the New Generations" as a tribute to Gustavo A. Letner, who promoted the implementation of trial by jury in the City of Buenos Aires and unfortunately passed away too young in 2021.

A compilation of articles on the current challenges of trial by jury un Argentina was published in his memory. They were written by undergraduate students and young graduates of law and social sciences who are part of INECIP's research teams, as well as by young people belonging to the Judiciary of the City of Buenos Aires
The book has articles of the highest level on crucial jury topics such as voir dire, rules of evidence, the gender perspective, judicial offices, the general verdict, the jury and democracy, comparative law with other jury systems, empirical research, etc.
In addition, readers will ultimately judge the work, but it make us proud that the younger generation has embraced the jury in this way and given us this magnificent book.

The book has an unbeatable foreword by Alberto Binder (President of INECIP).

Lessons from the past and juries

To Gustavo Letner, in memoriam

"There is no way to write these words without sorrow. Certainly we will all leave this life at some point and step into another form of existence. No matter what our hopes for it may be, the memory we leave behind is part of the interweaving of the life we had and the one that continues.
Gustavo knew how to find a topic that allowed him to weave his knowledge, his longings and his convictions with others, and this book is a proof of that.
The same thing happens in any collective work on trial by jury, since we will find in it many threads of previous thoughts and wills, which continue to nurture this great flow that pushes our country towards the institutional quality that has been dreamed of and decided for so long.
The first symbolic act was taught to us in primary school, although perhaps without the depth of its meaning: our Independence process was born with the repudiation of the Inquisition as the archetype of Spanish absolutism, which founded and despaired the colonies.
The burning of the instruments of torture, which identified that nefarious way of proceeding, is one of the foundational acts of our republican life. Indeed, on May 13, 1813, the Constituent Assembly will say:
"The General Assembly orders the prohibition of the despicable use of torments, adopted by a tyrannical legislation for the clarification of the truth and investigation of crimes; whereby the instruments destined to this effect will be rendered unusable in the main square by the hand of the executioner, before the happy 25th of May.
And shortly before, it had stated: "The authority of the Inquisition Court is from this day absolutely extinguished in all the towns of the territory of the United Provinces of the Río de la Plata ". 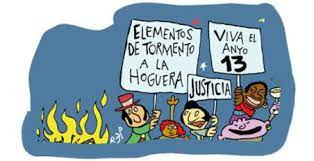 We will soon celebrate the 210th anniversary of that proclamation and only a couple of years ago our Supreme Court ratified that the system of criminal prosecution, foreseen and proclaimed by our National Constitution, is accusatory, oral, public, adversarial and, in the case of crimes, should be dealt with by a court of juries.
Some may say that it took so long because the symbolic act of the year XIII was soon forgotten, but that is not true.
We must  understand that they were not just a few illustrated people who met in a room to vote norms, since each one of them was the result, fruitful or unsuccessful, of a massive political energy.
All of the constitutional attempts from there on ratified and proclaimed the need to establish trial by jury as one of the central ways to leave colonial legislation behind. And not only the constitutional texts, but also the specific plans for the creation of the State. 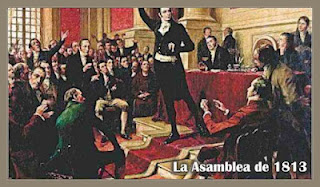 Indeed, from the new stage that began in 1820, the concrete concern was to give shape to the judicial institutions that, despite all the proclamations, continued in an "almost tenebrous, inquisitorial and arbitrary state", from which the trial by jury would take us out.
The highest and most concrete expression of this concern appears when the French scholar Guret Bellemáre wrote, in 1829, the “General Plan of judicial organization for Buenos Aires” (of which there is, thanks to Ricardo Levenne's concern, a facsimile version published in 1949), in which modern institutions are designed that have only began to take shape more than a hundred years later.
Even then, on November 27, 1829, under this slogan, the Diario Universal published Bellemáre's article: "Without the Jury there is not and there will not be public health". This spirit was not only "liberal", but Bellemare himself took the time to transcribe Dorrego's opinion:
"I want institutions, Mr. Bellemare, and republican institutions, which will shelter the citizens and the government from misfortunes, and from all revolutions [...] Do us the pleasure of collecting your materials, and of taking the task to give us a model of the jury that is close to the one of North America, with which I am acquainted." 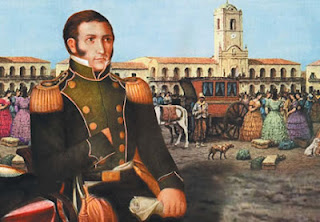 However, nothing could be achieved yet. We reached 1853 and our National Constitution was insistent on the triple mandate to establish juries, but it was evident that laws were needed to put it into practice.
Those in charge of setting up the new administration of justice were concerned about it, particularly Presidents Sarmiento and Avellaneda and, taking advantage of the presence in our country of a notorious Colombian jurist, Florentino González, they asked him to take all of his work and experience to design a concrete model of criminal Justice with juries.
González presented his Code of Criminal Procedures and the Law of Juries -with Victorino de la Plaza- to the Congress in 1873, although it could not be materialized either.
The régime of the '80 Generation in power already changed the strategy of State construction and, from then on, without it being possible to say that the jury project was abandoned, it entered into a zigzag logic, which even led the Executive Branch to present at the same time a project in favor (that of the President of the Court, Domínguez) and another one against.
This loss of energy led to the hasty approval of Obarrio's Inquisitorial Code, which made Tomás Jofré so despaired, and which immersed our country in a backwardness that still reverberates in the deep-rooted actual practices of our courts.
However, that horrendous conservative triumph of the late 19th century began to be defeated in the 21st century, and we are still in the process of its definitive defeat.
What can we learn from this small, hard-fought story?
Mainly, that we cannot miss opportunities. None of the leaders of those times would have hesitated a moment to put juries into effect under any circumstances, even the most adverse, if they had anticipated the triumph of inquisitorial thinking and its effects until today, which nurture the difficulty of respecting the basic rules of due process of law, so characteristic of the whole spirit of colonial legality.
Loss of opportunities that some people still accept and repeat, either because of minor debates, unfounded fears or the lack of audacity that often accompanies republican thinking itself.
Quick to set in motion institutional degradation, we are obscured by a foolish prudence when it comes to bringing about the improvement of institutions.
I thought it appropriate to leave a brief record of this historical effort, to highlight Letner's commitment to the jury movement, as old as it is new, and which unites us in an ideal that will endure into the future. So many great works by young researchers, such as the ones in this book, are the best tribute that can be made to him, and they speak for themselves.
Life endures in many ways, and this small tapestry of ideas and dreams that intertwine around an ideal so firm, so hard-fought and so current, should bring a smile of satisfaction to all of us and to Gustavo." 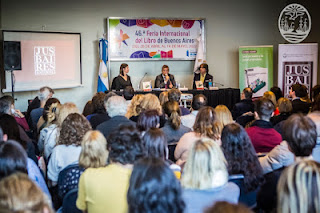 On May 3, the book was presented at the Alfonsina Storni Hall of the Feria del Libro with the presence of Andrés Harfuch (Deputy Chairman of the AAJJ and member of the Board of Directors of INECIP), Santiago Otamendi (Minister of the Superior Court of Justice of CABA), Luciana Piñeyro (head of the Unit for the Implementation of Justice by Jury of the CABA Magistrates Council) and Julia Sleiman (Director of the Jusbaires Publishing House). 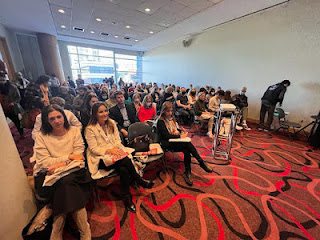 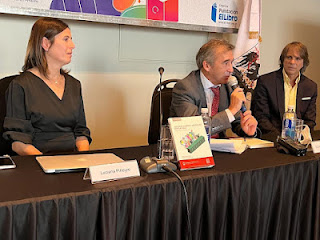 - "Trial by Jury and the New Generations, as a tribute to Dr. Gustavo A. Letner", JusBaires" (download)