Interview with Judge Deane: "In no case have I observed an illogical or irrational result from the Jury" 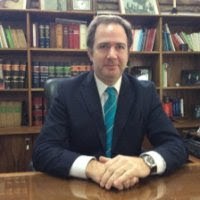 The Argentine Association of Trial by Jury (AAJJ) interviewed the Buenos Aires district judge, J. Matías Deane, who presided over the jury that returned a unanimous conviction yesterday in La Matanza County. The defendant was charged with aggravated murder with a firearm.

With lucid reflections, J. Deane emphasizes the commitment and responsibility shown by the citizens that have been summoned as jurors (including the alternates), their good judgment as decision-makers, and his agreement with the verdicts; also, he warns of the need for judges and attorneys to improve their adversarial litigation techniques and he explains how the jury system generates a desired reconciliation between the judiciary and society. His dialogues with jurors after the trial are not to be missed.

Read the interview with J. Deane:

AAJJ: J. Deane, considering your experience as a judge, we would like to know if you would have decided the case in the same way than the jury did in the last jury trial over which you presided.

Judge: Absolutely. I would have decided the case in the very same way, no doubt about it. But I also want to emphasize that, while in some other cases over which I presided I may not have agreed exactly and in all aspects with the jury’s decision, I could see that the differences were not unreasonable. The differences were because of the differing perceptions of certain facts. What I mean by this is that in no case did I observe an illogical or irrational result from the jury, which is something normal if we consider that what is asked from jurors is the assessment of facts and not the assessment of legal issues.

AAJJ: Based on your professional experience, do you consider it necessary for prosecutors, judges, and lawyers to increase their knowledge about new techniques in adversarial litigation?

J.: I think that is not only necessary, but also crucial, and that at some point the system should take this kind of training as essential. I am of the opinion that the law that enacted jury trials in Buenos Aires, Argentina, is far beyond a mere procedural reform; it is a whole new paradigm in the administration of justice, which forces us to rethink not only our functions as lawyers—whatever may be the role that we circumstantially play—but also about what we teach at law schools.

AAJJ: How would you rate the performance of the jury in this last trial?

J.: The Jury's performance has been impeccable, not only in this last experience, but also in the previous ones. Citizens arrived on time—some even before 7:00 a.m., when they were summoned to begin with voir dire. In general, they were very cooperative and enthusiastic about their task. I have developed the habit of approaching them after the trial is over, before I leave the courtroom, to introduce myself in a more informal way. I discuss with them what they think about their jury service and how they perceived the development of the trial. To my delight, they often tell me that participating as juror members made them change their view of our role. I think that approach is one of the most positive consequences of this kind of trial, because it helps jurors to improve the image of the judiciary, which we know is not the best.

I have known of alternate jurors lamenting over having to retire without the possibility of deciding the case. Some of them asked if they could return the next day or call by phone to find out how the case had been resolved. In the last trial, one of the jurors even got very sad when I told him that at least for some time he would not be summoned again. He wanted to continue participating in other trials! I think this story may well summarize how people in general take the task that has fallen into their hands and shows the citizen’s commitment to these cases.