It is unsurprising that the trial of Farré was a watershed moment for the Argentinian justice system. A week after the trial concluded, the jury verdict unanimously convicting the businessman Farré for the femicide of his ex-wife Claudia Schaeffer continues to reverberate in the country’s primary media outlets.


But nothing can compare to the impact produced by the interviews of four of the jurors. The Argentinian community, and the members of the judiciary in particular, observed, amazed and astonished, the composure, intelligence, sense of justice, honesty, integrity, great responsibility, and common sense apparent in the words of the jurors who judged Farré. 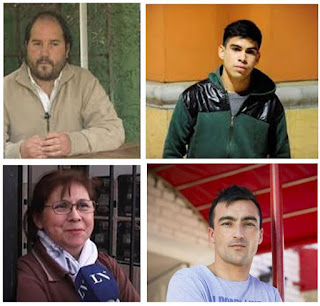 The entire country bears witness, in awe, to a new form of justice.

The linguists and communication experts will be left with the challenging task of figuring out why the words and the verdicts of real juries, of flesh and blood, generate such a strong response and enjoy such popularity. What is the mystery of the juries? Why does what they say provoke so much interest and empathy in society? Where were all of these values hiding?

In the future, these encounters between jurors and the press will have to achieve a balance with the rule of confidentiality that the law imposes. But beyond that, the truth is that hearing what the jurors in the Farré case said has returned to the Argentinian community its faith in justice that had seemed lost.

The Words of the Jurors:

The media showed short interviews of some of the citizens who served as jurors. In those interviews, it is apparent that they did not know anything about the case they would hear before the trial began. They did not even learn about the case during the voir dire for jury selection. Most impactful was their display of a sense of equity and sound judgment in hearing the case, independently evaluating the evidence, and applying the law provided by Judge Andrejín.

The jury foreperson explained to TN that in the jury panel there were “people of all kinds that represented society well.” He described his impressions as a juror and he showed a notable ability for distinguishing between what is evidence and which is not. He gave less importance to the letter read by Farré during his closing comments, noting that Farré said he wrote it in 2016, but that fact had not been confirmed and it was also possible that he had drafted it that very morning.


With only 24 years of age, Ariel touched the country in Clarín’s feature on him. He explained better than anyone the precise difference and hierarchy that exists between a lay judge and a bench judge. To be a judge only once in your life places you in a position of great commitment and responsibility to make a decision so important as the guilt or innocence of a person. When asked the question: “Has it hit you that Farré will be in prison longer than you’ve been alive?” he responded:

“Yes, and it is not something I’m proud of. It is a weight that I will have to bear on my shoulders for the rest of my life, even though I believe that I did what I needed to to do. I didn’t choose to be there, I got picked and that’s it. But it is something that I asked myself over the course of several days: Who am I to decide about the future of another person?”

“It was intense, and suddenly I was wrapped up in a story that wasn’t my own, and I had to decide. At the beginning some of the jurors complained, but as the days went on each and every one of us got immersed in this story and the complaints stopped,” he added.

The article clarified that the young man did not take lightly his service; he did not post about it on social media or tell anyone that he ran into. His family did not ask him too much, and his friends did not bother him: “It was one of the most difficult decisions of my life... it will be an experience that I will never forget.”

For those that criticize the jury as being influenced by the media, he noted:

“All twelve of us knew the decision that we had to make based on the evidence shown in the trial and that’s what we did. Did we do justice? I’m certain that we did.”

- La Nación (11/06/17): “I voted the way I did because he deserved it,” said a woman who served on the jury that convicted Fernando Farré