SANTA FE: The trial by jury bill is halfway to being approved

On a day that will go down in history in the province and the Argentine Republic, the House of Representatives of the Province of Santa Fe -the third largest province in the country- passed preliminary approval of the trial by jury bill. Thus, with the support of an overwhelming parliamentary majority, the province takes a new step in improving its modern adversarial criminal justice system.


During the following months, the Senate will pass the definitive bill. Many senators have already expressed their willingness for its quick enactment.


The initiative received an affirmative vote from 39 representatives of almost all the political parties: socialists, radicals, peronists, independents and trotskyists. Strangely, given that the jury is one of the axes of the Justice 2020 Initiative of the current National Government, the seven liberal representatives actually voted against it.

The speeches and the intense work by representatives Rubén Galassi, Jorge Henn, Antonio Bonfatti, Ariel Bermúdez, Julio Eggiman, Luis Rubeo, Santiago Mascheroni and Leandro Busatto were crucial. All of them managed to compile the multiple projected jury bills that already existed in the House with the main one which the Executive Branch sent last year at the request of the Ministry of Justice.

From the Argentine Jury Trial Association, we would like to say that we are thankful and ecstatic about the commitment shown by these legislators and their advisers, who honored the constitutional mandate.

On the morning of the vote, the project held an opinion in the Constitutional Affairs Comission, to which the Vice President of the AAJJ, Dr. Andrés Harfuch, was invited. Not only did he attend the event, but they granted him the great honor of siting between the representatives during the debate and the vote. It was the final touch on a perfect process: the bill had been roughly debated for more than nine months. When the Senate passes the bill, Argentina will have a cutting edge jury law.


"This project was born as a guarantee of the accused being judged by his peers, but fundamentally as an inalienable political right of citizenship in a democratic and republican regime, " said socialist representative Ruben Galassi.

Socialist representative Jorge Henn said: "This day will be remembered as historic for the country and for this province" and he cited none other than the father of Political Science, Alexis de Tocqueville: “The jury, which is the most energetic means to allow the people to rule, is also the most effective means to teach them to rule.”

Peronist representative Leandro Busatto said: "The statistics of the province of Buenos Aires confirm that the jury accelerates the times of justice, in addition to being an exercise in direct democracy in the judiciary"

Representative Ariel Bermúdez, in an emotional speech, recalled "What would have happened to Marita Verón, Candela and so many others cases who shocked the country if they had been judged by our peers, ordinary citizens?"

The Santa Fe jury bill is, from Argentina, very similar to the American jury, but with slight differences. Trial by jury for serious crimes is a right that the defendant can waive with the approval of the prosecutor and the judge, twelve jurors (six women and six men), a presiding judge giving instructions on the law, a voir dire with four peremptories per side, a final and unanimous verdict, and only one further chance to retry the case after a hung jury. The big difference is that Santa Fe decided to implement the so called English Rule: if the jury hangs after a reasonable amount of time, the judge will accept 10-2 verdicts. If the jury is still hung, there will be a new trial.


When the Senate passes this bill, Santa Fe will join the five provinces that already use juries, such as Córdoba (the only one with a mixed court), Buenos Aires, Neuquén, Chaco and Río Negro. The provinces of Mendoza, San Juan, Santa Cruz and Entre Ríos will pass their respective bills throughout the course of this year.

From his beloved province of La Rioja, Alberto Binder, one of the most important law scholars in Latin America, left a heartfelt message that summed up the spirit of the day: "Very good, congratulations to everybody! Today, our country is a little better"

Gallery of images of the historic day: 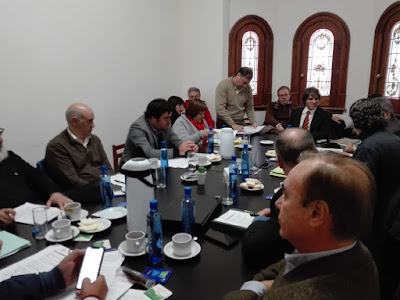 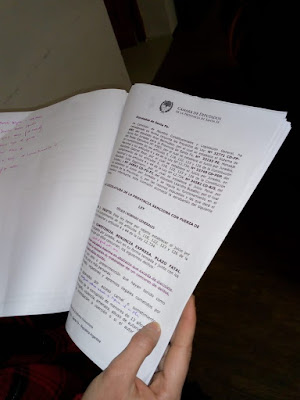 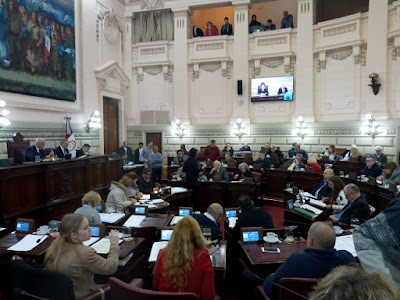 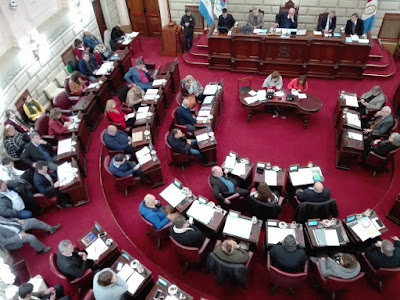 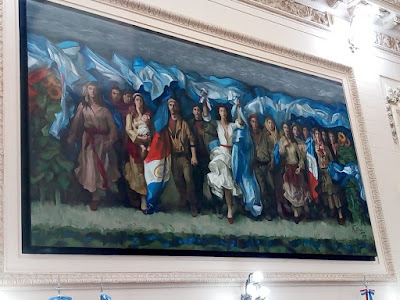 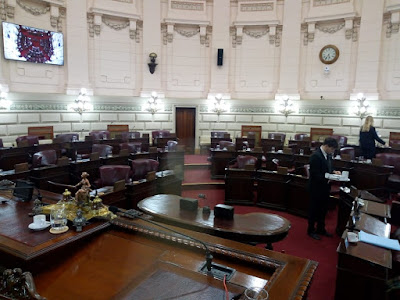 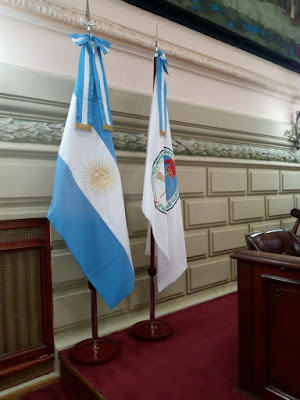 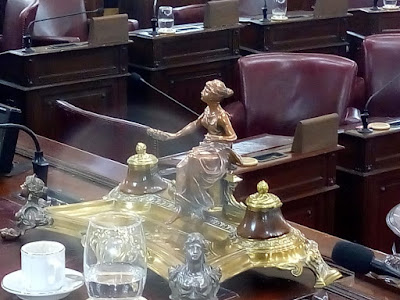 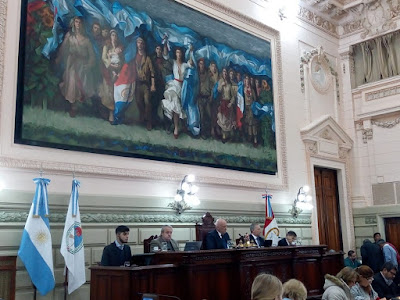 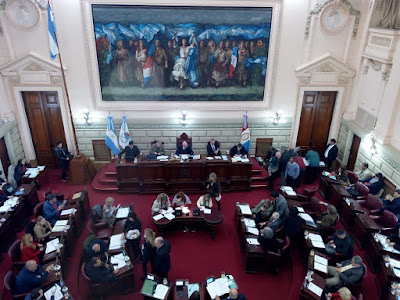