NEW BOOK!: Trial by Jury in the International and National Jurisprudence VOLUME B


"Great ideas take time and in the end there is a reward". After a long four year wait, one of the most important legal collections about trial by jury in the Spanish language is released in a fascinating new book.

This is the second volume (Volume B) of the now famous "Trial by Jury International and National Jurisprudence". The book systematizes the most relevant rulings of the common law Supreme Courts and the European Court of Human Rights, fully translated into Spanish with great care and commented on by the most prestigious American scholars and from our country.

It is also a book dedicated to the memory of our beloved great teacher, Julio Maier. 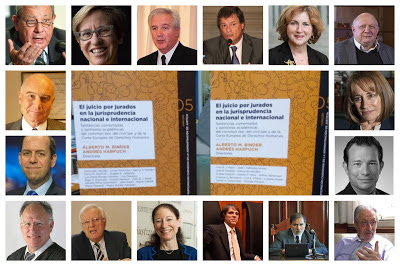 All of the key issues of the jury system are covered here: the general verdict, lack of reasons, appeals, the voir dire to select the jury, the unanimous verdict, hung jury and double jeopardy, finality of the verdict, the jury as a right or obligation, the standard of proof beyond a reasonable doubt, jury nullification, legal instructions of the presiding judge, the anti-impeachment rule, and a new chapter on the jury and the sentencing procedures.

The production is part of Ad-Hoc Publishers´ prestigious "Jury Trial and Citizen Participation Collection", which represents a milestone in the Spanish-language bibliography on trial by jury. It has been possible thanks to the generous contributions of more than almost thirty translators who volunteered during these past four years to translate the rulings and commentary.

It is not an everyday thing that a book of this level is presented, a collective body of work presenting a panel of excellence, with some of the best American and Argentine scholars commenting on jury trial rulings that are critical to understanding the operation of a jury system.

This book will be indispensable for judges, lawyers, researchers and students in Argentina and Latin America. 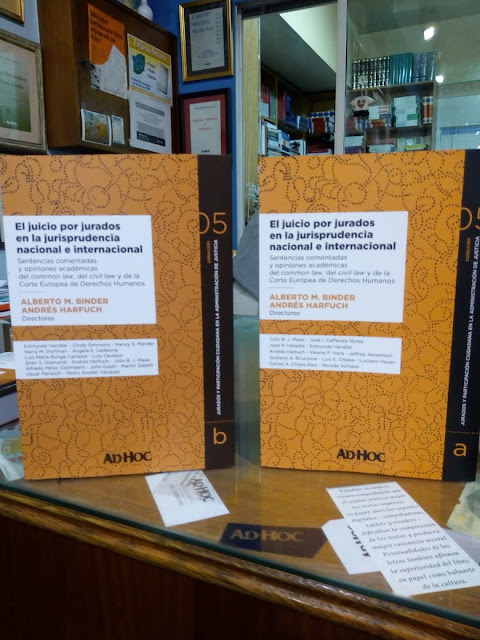 The book strengthens the existing jurisprudence in our country regarding trial by jury. It is no coincidence that Volume A has sold out all its copies to date and has been quoted in the vast majority of the judgments of the reviewing courts of our country.

Latin America is on its way to consolidate a judicial system that brings with it centuries of a culture of republican values, transparency, and democracy. Learning from comparative experiences and the first major rulings of our own judges is crucial for law practitioners. History is unfolding before our eyes, and these books invite the reader to be part and play a major role in this unrepeatable moment.

With Volumes C and D (2021-22), the collection will have completed the most iconic rulings in the history of trial by jury. Then it will be the time for our own rulings to come, under the strong foundations of the common law jurisprudence.