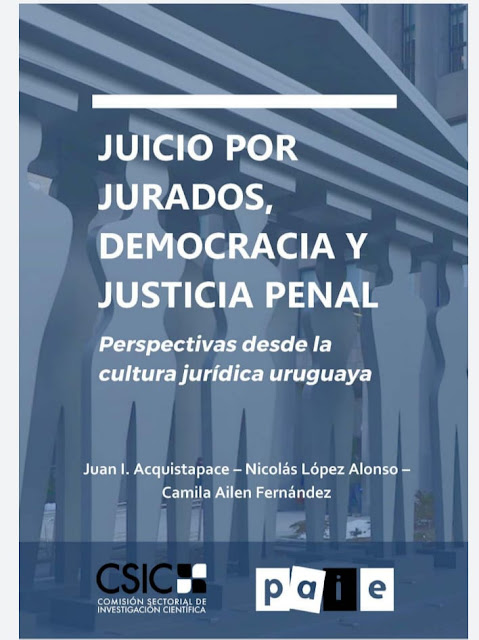 The return of trial by jury in Uruguay has definitely begun. Three young students from Universidad de la República (Uruguay) have published an extraordinary paper, which we make available to our readers here. They did it under the supervision of Professors Diego Camaño Viera and Leticia Gavernet. This is great news for the whole region of South America.

For the first time in history, research on the jury in Uruguay has been carried out in such a rigorous and precise manner, supported by extensive fieldwork. In fact, the team conducted 32 interviews that reflect the current state of opinion (the main arguments of judges, lawyers, scholars and legislators) on the jury in Uruguay. Let it be remembered that Uruguay completely left behind in recent years the inquisitorial system and replaced it with a full adversary system.

It was a very important change for the entire region and, after a few years, it has already set the basis to discuss the implementation of the cornerstone of every adversarial procedure: trial by jury.

The paper is amazing and, most importantly, it comes from the younger generations of students. This is something fundamental for the return of the jury to Uruguay and something that pleases us tremendously: that younger generations associate the jury as a form of direct democracy and as a check on government and corporate power, 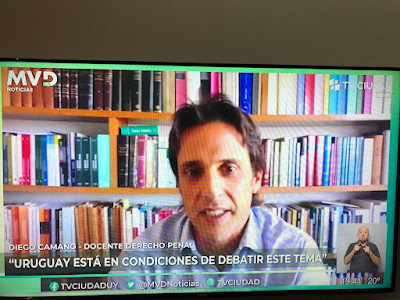 The authors remind us that both here in Argentina, and in Uruguay, trial by jury has had constitutional recognition since 1830.
"The Constitution of Uruguay of 1830, later amended, provides that the law may establish trial by jury in criminal cases. Therefore, the Framers never lowered the constitutional rank of the jury in criminal cases, which gives full account of its importance in our constitutional design".
But, in addition to its quality, the paper hit the media it was even aired on the TV news. May this exceptional research be the trigger for the return of jury trials to our beloved Uruguay in the near future.

The present research aims to explore and describe the speeches of judges, lawyers, legislators  and scholars on trial by jury, its connection with the reform of the criminal procedure and the strengthening of the democratic process, within the framework of the Uruguayan legal culture. This implies the analysis of opinions, arguments, ways of understanding and projections about the jury in the view of all this people.

The need to investigate and analyze the speeches and practices of lawyers and judges on the trial by jury is currently highly relevant, largely due to: (I) the lack of research on the subject in our country; (II) the potential connection between the jury and the strengthening of the democratic process; (III) the clear constitutional mandate of trial by jury in our legal system; and (IV) the complementarity with the adversary system that inspired the recent criminal procedure reform; (V) the momentum that has gained the implementation of the jury in Latin America.