MENDOZA, Argentina: Governor Suárez announced the expansion of the jury to more crimes and the implementation of the civil jury


The Governor of Mendoza, Rodolfo Suárez, gave his first public address before a joint session of the Mendoza Legislature to open the 180th legislative period. There he announced a set of measures for justice reform that he will carry out during his term. The news that there will be trial by jury for certain civil cases, eg. recovery and return of assets obtained corruptly by public officials, shocked the judicial community of the country.

It is an extraordinary innovation that deserves full support and that will put Mendoza at the forefront of Latin America.


Trial by jury in Mendoza is a resounding success. The almost fifteen jury trials carried out during the 2019-2020 period have had a great impact and acceptance in society. Furthermore, there has not been a single obstacle in its implementation, thanks to the commitment of the Supreme Court, the judges, prosecutors, lawyers and court personnel.

The trial by jury law of Mendoza is structurally brilliant, since it maintains the characteristics of the classic jury trial model: 12 citizens and gender equality (6 men and 6 women), led by a professional judge who will instruct the jury on the law, a unanimous and final verdict, a voir dire hearing with four peremptories, and a new trial in the case of a hung jury (see).

As we already reported here, the jury in Mendoza was implemented by former Governor Alfredo Cornejo, with decisive support at the time from the political opposition embodied in current senator Anabel Fernández Sagasti (see). 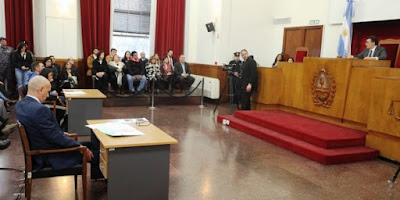 For this reason, Governor Suárez has decided to continue along the same line and deepen it. The Undersecretary of Justice, Marcelo D'Agostino (the key person in the Government), presented to the governor the plan to expand the criminal jury to more serious offences. Until now, only murder in the first degree cases were tried, but from now on they will be extended to several other crimes and felonies. 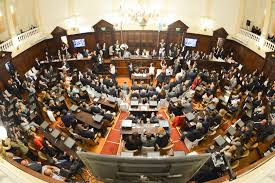 As we have already said, the Governor also announced that he plans to implement trial by jury in the civil jurisdiction with the aim of expanding citizen participation, starting with the acts of corruption due to the extinction of the civil domain. Thus, for example, cases such as the plaintiff against the local Tupac Amaru leader, Nélida Rojas and her husband for irregularities in the delivery of social housing, could be carried out with a twelve person and unanimous civil jury.


"With this we will be able to expand the participation of people in the field of Justice," they explained from the ruling party.