How does a jury deliberate? How does it make its decisions? The extraordinary example of the Mendoza´s jury in Argentina

On Saturday, we witnessed -once again- an incredible display of civic commitment and community wisdom: the Tunuyán jury, at the Uco Valley (Mendoza province), deliberated for two days in a row to reach a verdict in the resounding Hisa/Carleti case. But the most remarkable thing we would like to point out was the deliberative method the jury chose to make its decision (see). Something that impressed everybody in the courtroom, and society as well.

It didn't matter that it was a Friday night after eleven hours of deliberation, nor that they would have to spend the night in a hotel in the middle of the pandemic. No one was impatient to continue deliberating on a Saturday for another five hours. The Tunuyán jury decided -with great wisdom- to deliberate as long as necessary to reach a unanimous verdict for the four defendants. 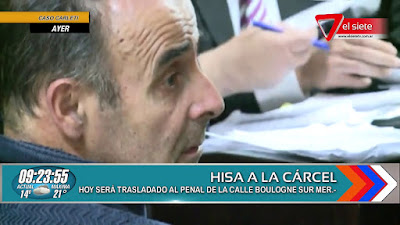 Hundreds of suspicions fell on this jury. Due to its complexity, the power and influence of the main accused, and the victim herself, it was not just any case. Even the jury bill of Mendoza -passed in December 2018- was in jeopardy because of this case. Hisa didn´t want to be tried by juries.

Also, the prosecution doubted whether they could find twelve impartial people from the Tunuyán community to carry out the trial and made an intent to change the venue. It was held inadmissible, since it is an exclusive right of the defendant (section 118 of the Constitution). It was said that it was going to be impossible to find impartial juries in Tunuyán. Another serious mistake.

Again, contrary to all the prejudices that are usually poured out on the jury, reality proved otherwise. The jury was born precisely in the small communities of Medieval England, where everyone knows each other. That is precisely the judgment of the peers, that of the neighbors.

COMPOSITION OF THE JURY FROM TUNUYÁN

The jury in the Hisa/Carleti case was made up of the following people, all of them between 23 and 50 years of age: two school teachers, three housewives, two students, two unemployed people, a restaurant waiter, a farmer, a rural laborer, a rancher, a carrier, a farm administrator, and a construction worker.

This remarkable jury demonstrated what is a basic premise for those of us who study juries with the method of the social sciences: there is no better way to “predict” the verdict of the jury than to analyze the weight and value of the evidence.

The jury never decides by their emotions, nor by grandiloquent speeches by the parties; the jury, as reaffirmed by all the empirical studies in the world, decides its verdicts on the strength of the evidence presented at trial. 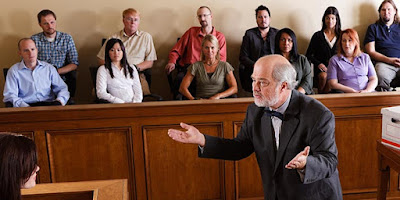 The Tunuyán jury deliberated for long hours and two days in the framework of what the Social Science for Jury Decision Making calls "an evidence-driven deliberation". It is distinguished from "verdict-driven deliberations", which are those in which the jury organizes its discussions by quickly voting for the initial verdict preferences of each of its members. The latter occurs more in those juries that admit non-unanimous verdicts.

In evidence-driven deliberations, jurors postpone their discussions to the end and, first of all, conduct a thorough and detailed analysis of the evidence. After this, they often engage in robust deliberations until they reach unanimity. This is what the Tunuyán jury did. 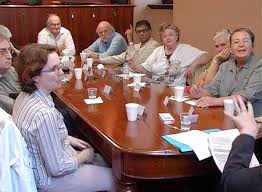 In this type of cases, juries are immersed in the deliberation experience in a way that, for those of us who never participate in them, it is very difficult to understand. But the truth is that they do it daily in our country.

The jurors are really willing to listen to the arguments of the rest of their fellow jurors, to check their own understandings, to discuss all the details of the case. They make all the necessary efforts to achieve consensus, so that the twelve people are convinced of the analysis carried out.

For this, they take all the time they need, whatever is necessary, even more than 24 hours. Certainly, the demand for unanimity required in Mendoza reinforces these mechanisms.

The unanimity rule makes evidence-driven deliberation more likely that verdict-driven, as is often the case with juries deliberating under majority verdict rules.

In this sense, only unanimity encourages juries to strive to analyze the evidence and try to build shared senses of justice. When this happens, when the jury manages to deliberate around all of the evidence, like the Tunuyán jury did, the verdict emerges with an indisputable social force.

And with it, the jury achieves unmatched peace of mind and civic satisfaction. Jurors know that this was the correct decision, because all of them, driven by the evidence, arrived at it together.

Reaching a unanimous verdict is not a feat, but a need for the jury and for society. Such a decision, in a delicate and high profile case like this one, is clearly presented as legitimate and unquestionable for the community.